With the Greatest of Ease

“It’s hauling it around like a toy! Isn’t that a fantastic sight?”

That was one spectator's comment as he watched the HueyTug fly a 5,400 pound capsule around Lake Arlington in a special demonstration Oct, 23.

The spectator was Milton Brucker, inventor of the survival capsule being flown by the helicopter.

Brucker and his associate, Nick Kariagain of K&B Consultants in Los Angeles, were at Lake Arlington to help out any way they could.

The product they invented and patented, the Brucker Survival Capsule, is being marketed by the Whittaker Corporation’s Advanced Structures Division in La Mesa, Calif.

The Advanced Structures Division is a Bell subcontractor. Its Monrovia, Calif, facility manufacturers rotor blades for the company. 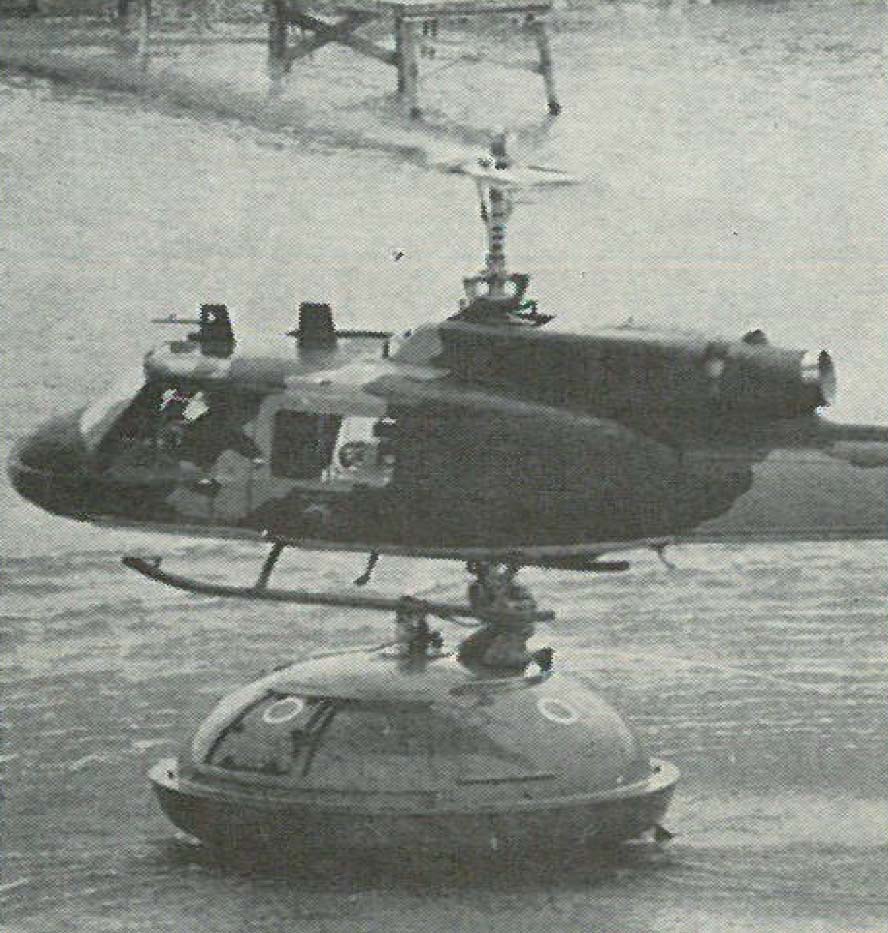 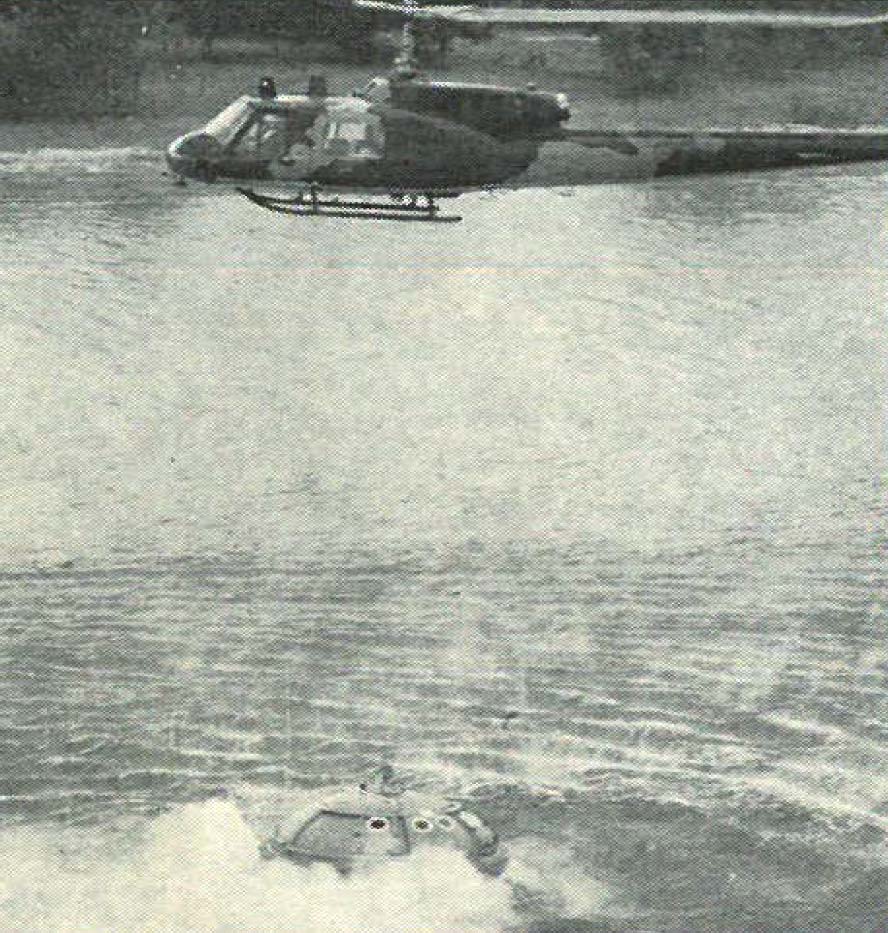 Jake Brown hooks the capsule to the HueyTug, which picked it up, then dropped it for the benefit of VIP observers and photographers

Whittaker officials had asked the company for the assistance of its HueyTug in the demonstrations.

They wanted to obtain publicity photos and show they casual before VIP’s and the press.

The demonstration also pointed up transportability of their product and gave they HueyTug another opportunity to its stuff.

The more than two and half ton-heavy capsule ha been on the market since the summer of 1967. Thirty have been sold. All but one are on offshore oil rigs (the U.s Navy has that one on a Texas Tower).

On the cover: Like the fabled “young man on the flying trapeze,” the 5,400 pound Brucker Survival Capsule is hoisted over Lake Arlington “with the greatest of ease” by the HueyTug.

The capsule is an alternate for lifeboats, inflatable life rafts and life floats. Brochure advertising the capsule claim, however, that it is the only system that will protect crews from suffocation, fire, explosion and shock, swamping, capsizing and exposure.

The spherical capsule, made from fire retardant fibreglass reinforced plastic with an external coating coloured international orange, is approximately 13 and a half feet in diameter and nine feet high.

While Pilot Bob Walker hovered the HueyTag, Senior Flight Mechanic Jake Brown hooked the capsule to the helicopter. After Brown had climbed back into the HueyTug, Walker lifted the capsule and - to show strength of the capsule - released it from a height of about 20 feet.

Walker, then picked up the capsule again and flew it around the lake for he benefit of photographers in a chase piloted by Larry Boles.

Among VIP’s observing the proceedings were Cmdr. H. H. Keller, commanding officer of the U.S. Coast Guard Air Station at Houstan, Texas, and Stuart Delgado and Bernie Southgate, safety manager and supervisor, respectively, for the Atlantic Richfield Company in Dallas.

Bell personal assisting in the demonstrations, in addition to Walker, Brown and Boles, included Flight Mechanic Dale Reid and June Magnum of Flight Test. Company participation in the event was coordinated by Bob Greer of Military Marketing. Motion picture photographers George Rains and Gene Senkel were on hand, as well as still photographers Clyde Maus, Jim Myers and Ernie Royer and Carl Harris and Levy Joffrion of Public Relations.

The HueyTug, a concept demonstrator developed by the company, has lifted loads in excess of 7,000 pounds.

At SSI Aerostructures we pride ourselves on our transparent communication and exceptional customer service.

Want to take a tour of our state of the art facility? We’d love to show you around.

Get in touch and schedule a meeting today. 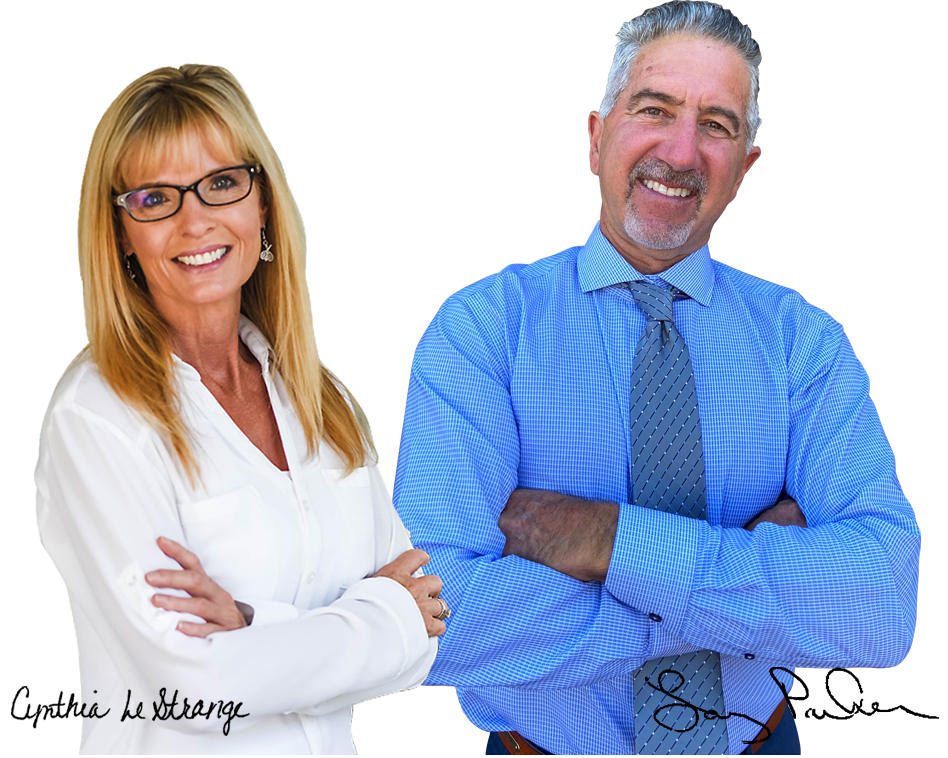